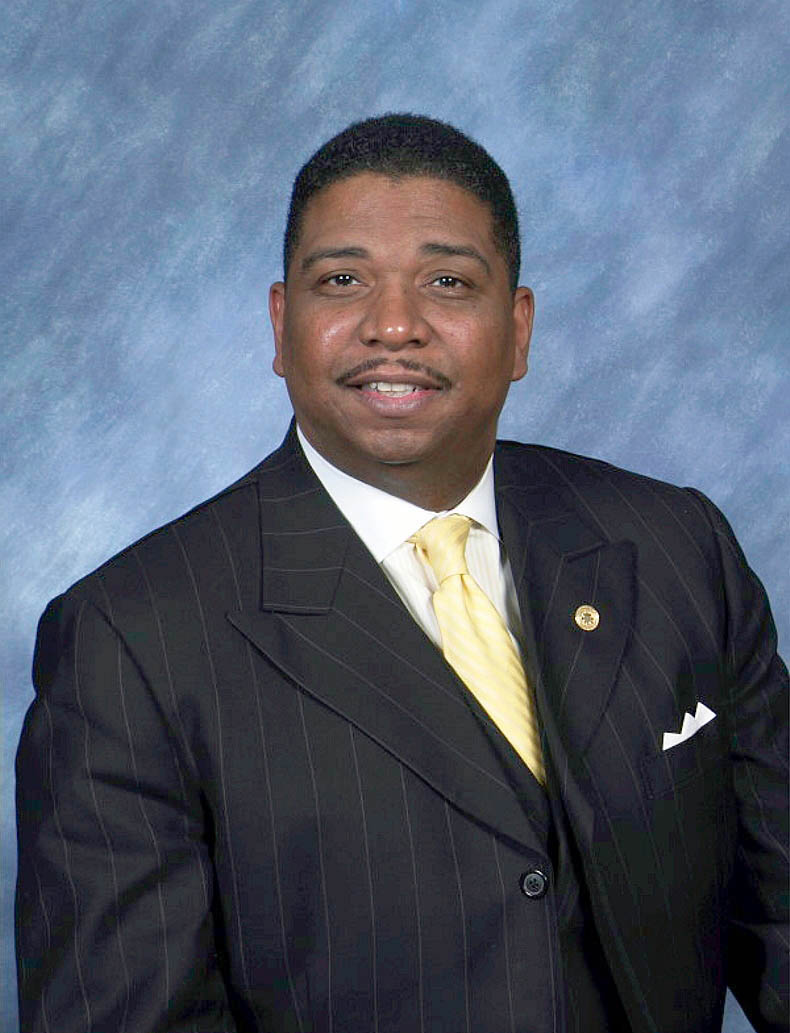 PASTOR ELLIS I. WASHINGTON, a native of Detroit, Michigan, is now a servant of Cambridge, Massachusetts at St. Paul A.M.E. Church. He has been noted as “The Voice” and “The Communicator,” a former Gospel Radio announcer on 1380 WAOK in Atlanta, Georgia. He is also formerly the host of the number one rated “Quiet Storm” on V-103 in Atlanta and “Sunday Morning Praise & Worship” on Magic 98.3 in Columbus, Georgia.  He is also an Adjunct Professor at the Andover-Newton Theological School, Newton Centre, MA.

Rev. Washington’s interest in communications was sparked while in high school through participation in persuasive speaking competitions. Simultaneously, he accepted his calling to the Christian Ministry while a sophomore. After meeting the requirements of the Board of Examiners, he was ordained Deacon in the A.M.E. Church at age seventeen, and ordained Elder at age nineteen in the Michigan Annual Conference of the Fourth Episcopal District of the A.M.E. Church.

While attending Morehouse College as a Broadcast Communication major, he began his formal career as Pastor of New Hope A.M.E. Church in Senoia, Georgia where he served for six years. Additionally, he became fond of radio as an intern at WCLK Radio, Clark College. Rev. Washington moved on to provide five years of dynamic leadership to the Mount Zion A.M.E. Church, College Park, Ga. This pastor’s next assignment was the St. Luke A.M.E. Church in Cartersville, GA, where his ministry inspired parishioners for four years. An assignment to St. John A.M.E. Church in Columbus, Georgia followed where he served over six years while dramatically increasing the church’s active membership. This was followed by an assignment to St. Matthew A.M.E. Church in Philadelphia, Pennsylvania, the flagship congregation of the Philadelphia Conference. During his ministry there, the membership increased and numerous ministries were added. Next he was assigned to the Grant A.M.E. Church in Boston, MA where his ministry focused on teaching for spiritual and numerical growth for over four years. Rev. Washington is a graduate of Columbus State University with a Bachelor of Science degree in Criminal Justice, and Turner Seminary at the Interdenominational Theological Center, Atlanta, Georgia, with the Master of Divinity degree. He is currently pursuing the Doctor of Ministry from Knox Theological Seminary, Ft. Lauderdale, FL.

Meshing the paths in communication and the effective use of technology is a focus for Rev. Washington. He believes a message can be delivered through the pulpit as well as in the major and social media having an impact on today’s world. His desire is to make God’s word relevant to this present age.

Rev. Washington has served as President of Black Clergy of Philadelphia and Vicinity and while in that post led the organization in endorsing Barak Obama for Democratic Nominee for President of the United States. He has appeared on CNN’s Election Center with Campbell Brown and American Morning as well as CBS Evening News with Katie Couric. While serving in Cartersville, he was instrumental in persuading the city council to rename a street in honor of Dr. Martin Luther King, Jr. By his selfless efforts, he demonstrates a true commitment to the betterment of the total community. He is a member of Alpha Phi Sigma, the National Criminal Justice Honor Society, Who’s Who among American Colleges and Universities, Prince Hall Free & Accepted Masons and a recipient of the Isaac R. Clark preaching award from the I.T.C. Additionally, he has completed the Foundations of Christian Leadership program at Duke Divinity School.

Considering himself an aircraft enthusiast, Rev. Washington is studying to gain a private pilot license. He is a noted community leader, radio personality, freelance commercial voice talent, a sought after public speaker, and a servant of God. He is married to the former Ms. Nathine Johnson of Gary, IN.; they have one daughter, Keturah NatEll.